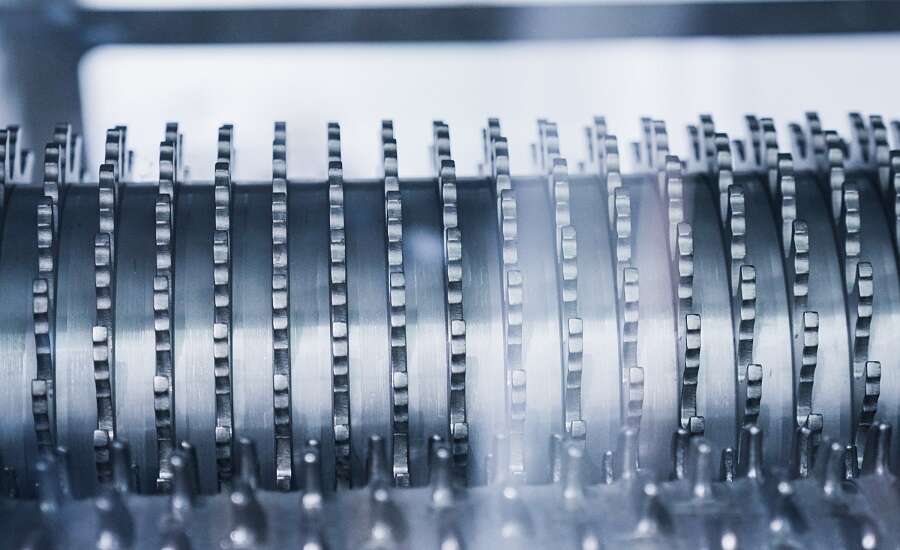 How have women in STEM changed our world?

Women in STEM have saved countless lives with their calculations and discoveries, have facilitated momentous events like the moon landing and the cracking of the Enigma Code, and have helped invent the malaria vaccine and GPS. But we rarely hear their stories.

Even when women have defied all the obstacles and embarked on a successful career in STEM, their achievements have often been questioned or credited to their male colleagues. And as the gender imbalance in STEM remains a glaring issue today, it is important for women and girls to have role models who represent them. So, who are some famous women in STEM who have changed our world? 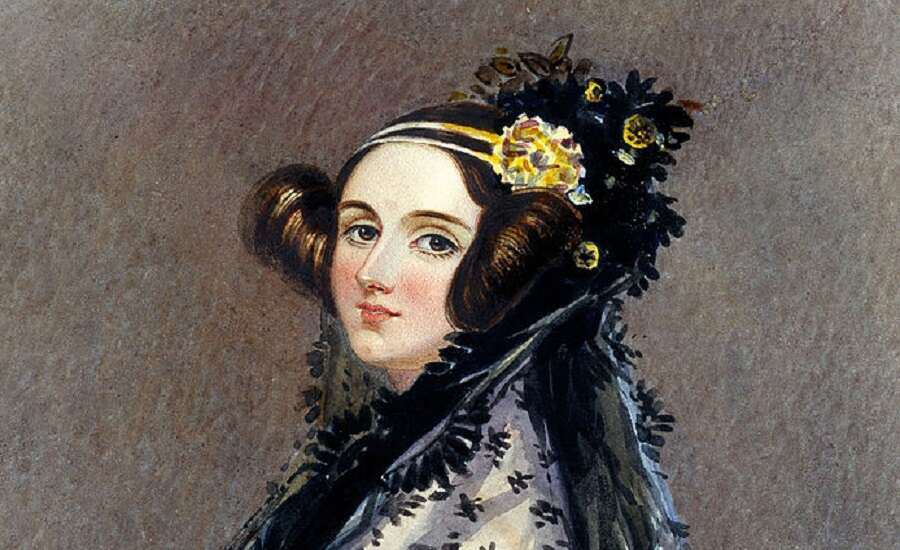 Ada Lovelace is considered to be the world’s first computer programmer. In the 1840s, she struck up a friendship with mathematician Charles Babbage, who had designed a computing machine known as the Analytical Engine. Despite the fact that the Analytical Engine existed only on paper until the 1980s, Lovelace explained in a 20,000 word paper exactly how it would operate and devised an algorithm for generating numbers on the machine. What’s more, Lovelace predicted with astounding foresight that such machines could be used not just for mathematical and scientific purposes, but even to produce graphics and compose music.

Did you know? Ada Lovelace Day is celebrated on 15th October each year to honour the achievements of women in STEM. 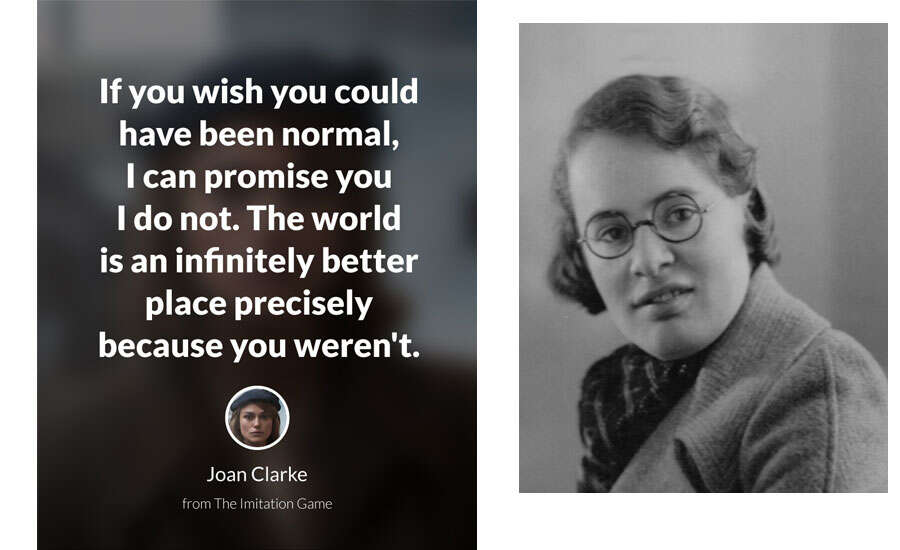 Joan Clarke was a British mathematician best known for her role in cracking the Enigma Code during WWII. The Enigma Machine was used by the German military to communicate, and intercepting the Naval Enigma – strategic messages regarding German submarines in the Atlantic – was particularly crucial. Clarke was recruited to work alongside Alan Turing at Bletchley Park, the British codebreaking HQ, after winning a Double First in Mathematics from Cambridge. Her contribution to cracking the Enigma Code saved countless lives and is said to have shortened the war by at least two years. Despite her genius, Clarke’s work was overshadowed by her brief relationship with Turing, and the roles of male cryptanalysts at Bletchley has dominated the history books.

Did you know? You can learn about Joan Clarke’s work at Bletchley Park in the 2016 film The Imitation Game, where she is played by Keira Knightley. 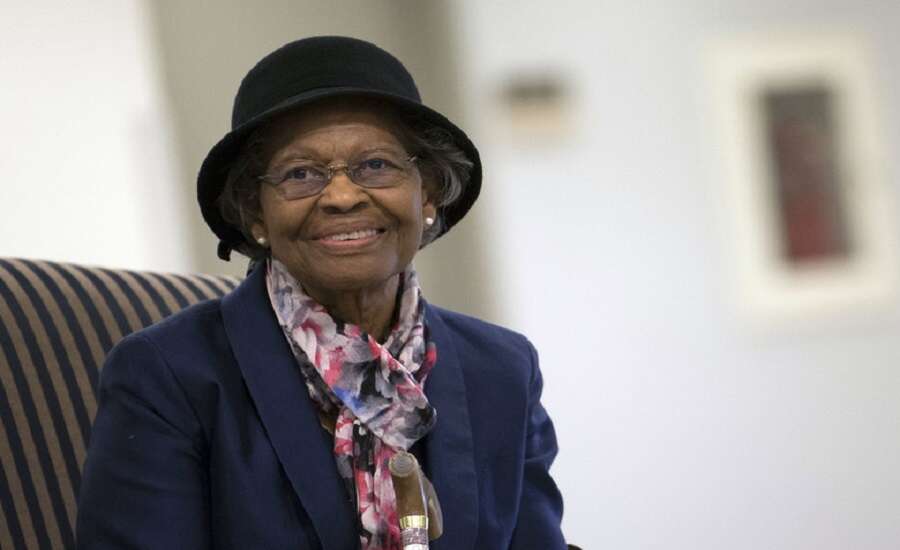 If you’ve used Google Maps, ordered an Uber, or checked the local weather, then you have Gladys West to thank for that. After achieving her Master’s in Mathematics at Virginia State University, West began working at the US Naval Surface Warfare Centre, where she was the second African-American woman ever hired there. West developed the Global Positioning System – GPS – by working with the most powerful computers of the time and using satellites to measure the surface elevations of the Earth, creating an accurate mathematical model of our planet (a geoid). Though her efforts in developing such vital technology went unrecognised for decades, West was inducted into the US Air Force Hall of Fame in 2018. 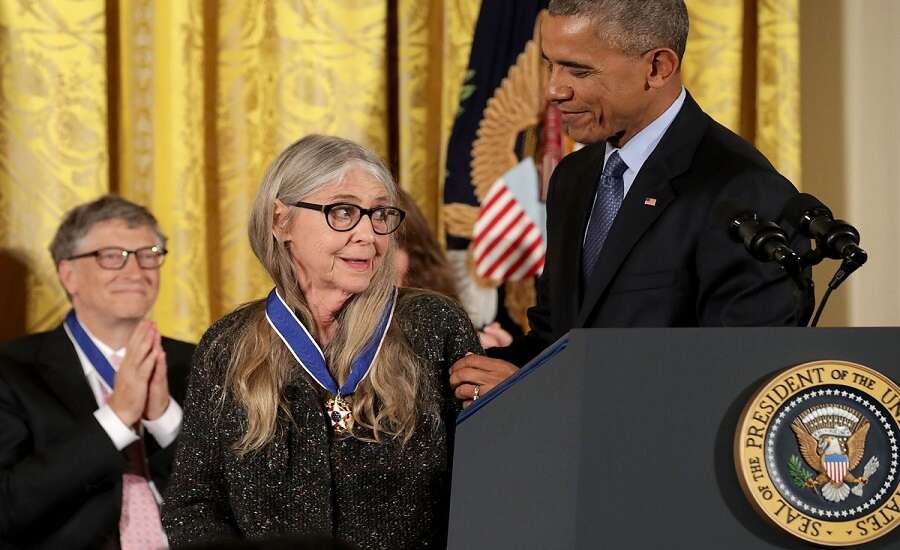 Margaret Hamilton helped put the first man on the moon. She was a young mother and computer scientist working on the SAGE air defence system when she was recruited to join the MIT Instrumentation Laboratory. Over the next years, Hamilton was responsible for designing the on-board flight software for the Apollo missions. To comprehend the scale of the work done by Hamilton’s team, there is a famous photograph of Hamilton standing next to the printed source code of the Apollo Guidance Computer. She is credited with coining the term ‘software engineering’, when explaining that her work was just as much a discipline of engineering as hardware engineering. In 2016, Hamilton was awarded the Presidential Medal of Freedom by Barack Obama. 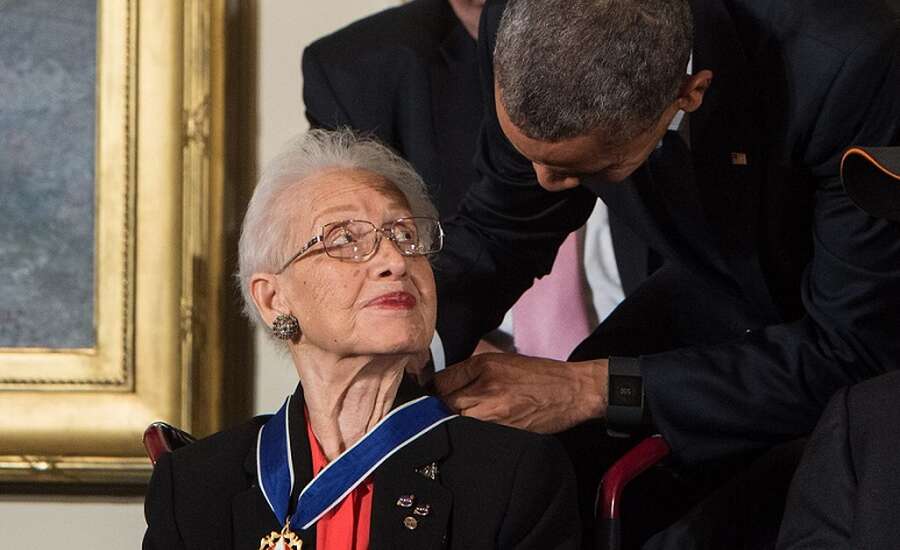 Katherine Johnson is one of the most famous female mathematicians, who made calculations for NASA’s first space missions. She studied mathematics at university before starting work at NACA, where she performed calculations as part of the ‘coloured computers’ – a segregated group of African American women. After NASA took over in 1958, Johnson was relocated to an all-male team, where she thrived despite the sexism she faced. Johnson calculated trajectories, launch windows, and emergency return paths for the first manned flight into space and the Apollo 11 moon landing. Her mathematical abilities were so respected that astronaut John Glenn refused to fly unless Johnson personally calculated his trajectory. Katherine Johnson was awarded the Presidential Medal of Freedom in 2015.

Did you know? The story of Katherine Johnson, Mary Jackson, and Dorothy Vaughn (two other inspirational African American women working at NASA) is told in the 2017 film Hidden Figures. 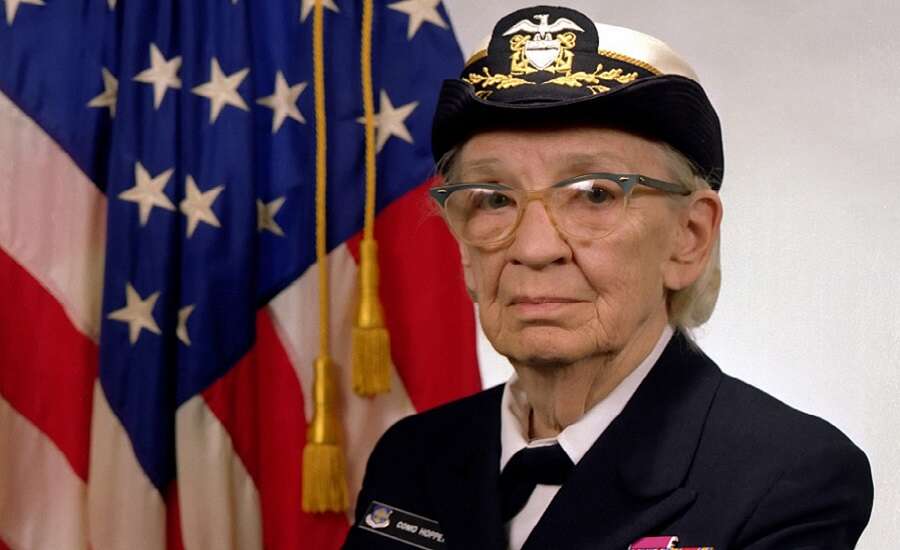 Grace Hopper is known as the ‘Queen of Code’ thanks to her instrumental role in developing computer technology. She earnt a PhD in Mathematics from Yale in 1934 before working on Mark I, a prototype of the electronic computer, at Harvard during the War. She later helped to create the world’s first all-digital computer, UNIVAC, developed the world’s first computer language compiler, and co-developed one of the world’s earliest standardised computer languages written in English, COBOL. Not only this, but Hopper was a member of the navy from 1943 until her retirement in 1986 – at which point she was the oldest serving officer in the US Navy. Hopper posthumously received the Presidential Medal of Freedom in 2016.

Did you know? Grace Hopper coined the term ‘bug’, meaning a computer failure, after a moth got into the circuitry of the computer she was working on! 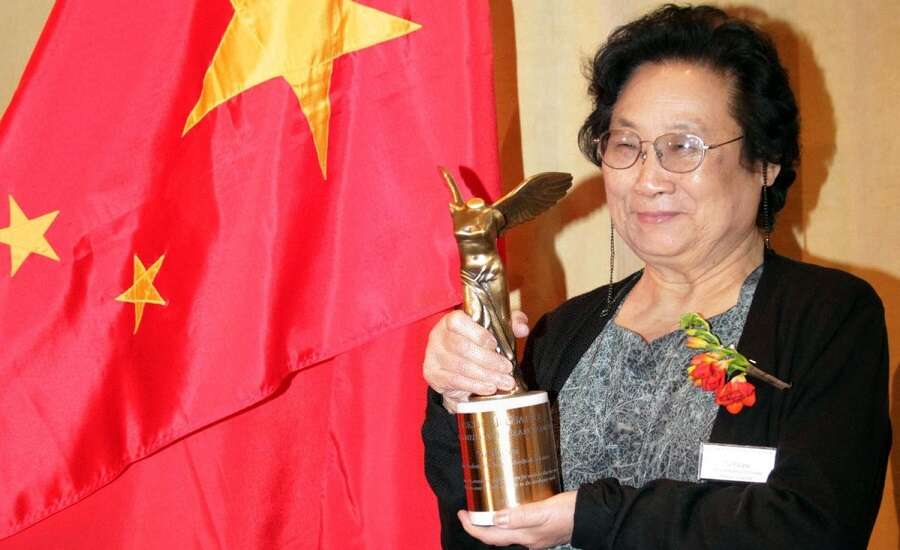 A university degree is not the only way to make a difference in the world. Tu Youyou helped find a cure for malaria, for which she became the first Chinese scientist to win a Nobel Prize in a scientific category – and she achieved all this without a medical degree. After studying medicinal plants at Beijing Medical College, Youyou began working at the Academy of Traditional Chinese Medicine in 1955. She headed a project to find a cure for malaria, reviewing ancient Chinese medical texts and testing 240,000 different compounds. Her team finally isolated a compound found in sweet wormwood – artemisinin – which had been used in Chinese medicine for 2 millennia. Youyou’s discovery was adopted by the WHO as the world’s chief method of fighting malaria. She was awarded the Nobel Prize for Medicine in 2015. 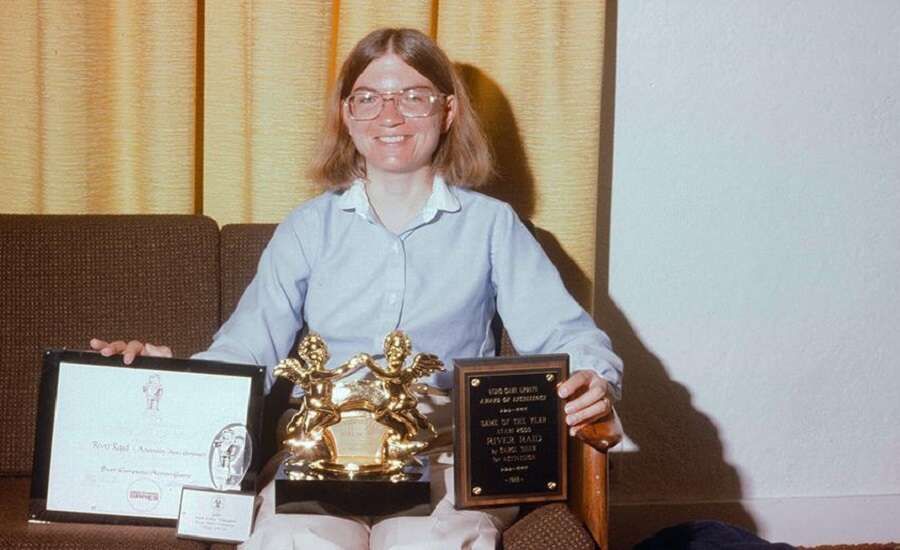 Aspiring game designers will be inspired by the life of Carol Shaw, the first female video game developer. After receiving a Master’s in Computer Science from UC Berkeley, Shaw began working at Atari. She programmed classic games for the Atari 2600 console such 3-D Tic-Tac-Toe, which was the first commercially released game designed by a woman. Later, Shaw moved to Activision and wrote the award-winning game River Raid. In the end, Shaw was such a successful video game designer that she was able to retire at 35 years old!