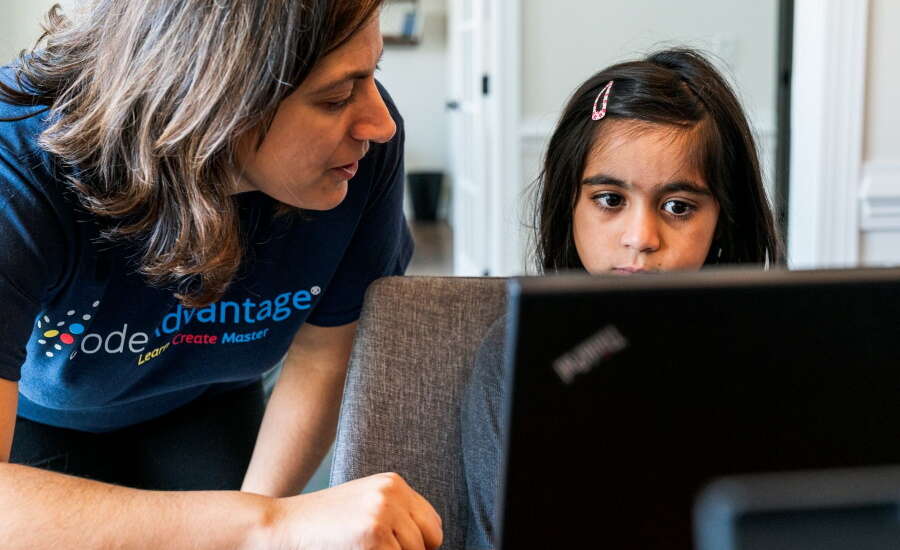 What do coding games teach kids?

1. Computer skills: Even toddlers who can’t read or type can get a head-start in coding by learning basic computer skills with tools like Scratch Jr.
2. Building blocks: Visual languages like Kodu show kids what programs are made from without scaring them away with huge chunks of code.
3. Structure: Kids learn to build programs by dragging and dropping blocks representing code in the correct order and while doing so learn coding syntax.
4. Tricky concepts: Logic loops, prototyping, variables and conditionals are all needed to build even the simplest of games.
5. Language: On the more advanced coding platforms like Roblox Studios, kids create games using programming languages that are used by professional programmers.

Coding differs from school subjects in one major way, everything taught is practical. There are no exams to pass. Success is when your child can use the language. It doesn’t matter what they code; as long as they’re coding often enough that they’ll pick up the language. So why not make coding a pleasure for your kid by letting them code games? Apart from the motivation it will provide for them to complete their projects, coding games means that your child will certainly play with the finished product and hence be able to run across mistakes they’ve made and go back to their code to fix them.

Apps and websites specifically made to teach children coding through games now number in the hundreds. With all the options, it’s easy to find a program that works on your kid’s device, fits your budget and is age-appropriate. Even if your kid can’t type yet there are apps that can teach them to code! No matter how much we love these new, snazzy apps, however, there are still a handful of classics — developed by the likes of Microsoft and MIT— that are indispensable when teaching any child to program. 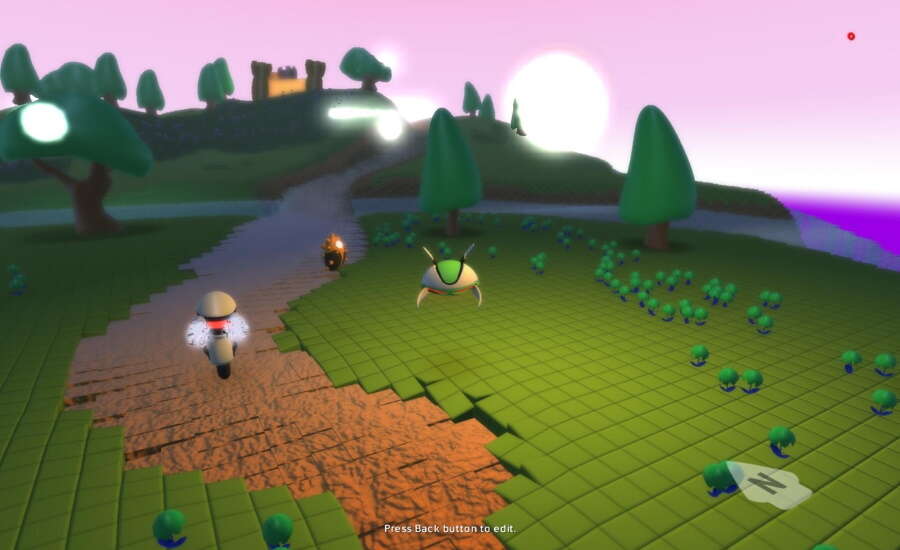 The little blue bot, Kodu, and his magic 3D world provide a wonderful introduction to coding for kids and even tiny tots. As it is a visual programming language, Kodu doesn’t require any typing. In practice, programming in Kodu is a lot like playing dominoes. There are two sets of colorful tiles, one set representing WHEN conditionals and the other represents DO actions. Tiles can be dragged and dropped onto the programming board, but only those which match can be put together. For example, your kid could write “WHEN ( mouse + left) = DO (move + forward)” but in any other order the blocks would be highlighted red and wouldn’t work. This method of coding without actually writing code means that children can learn the fundamental logic behind code and even begin to understand syntax and structure. After just a few weeks of using Kodu, your kid will have a solid base from which they can start to learn written code.

Take the Online Coding Class or Camp: Kids will learn to think logically and be creative using Kodu while being taught the fundamentals of programming in our 3D Video Game Design class. 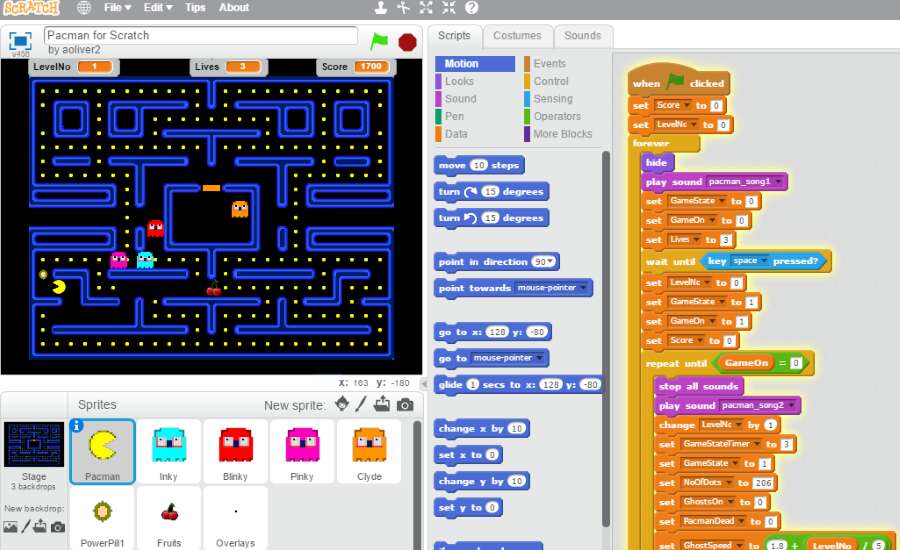 If Kodu is like dominoes, then Scratch is a mega jigsaw puzzle with a thousand pieces. Like Kodu, blocks are used to represent lines of code but in Scratch, these blocks are shaped in ways so only corresponding pieces can be put together. Though the 2D games created on Scratch may not look as complex as Kodu’s, Scratch is, in fact, quite a bit more complex to code. Code blocks don’t have illustrations on them and numbers, such as the degree of rotation, need to be typed in. The aim of both programs, however, is the same: to teach kids to think logically when programming.

Take the Online Coding Class or Camp: Kids will learn advanced concepts used in languages like Java and Python while having fun making games in our Scratch class. 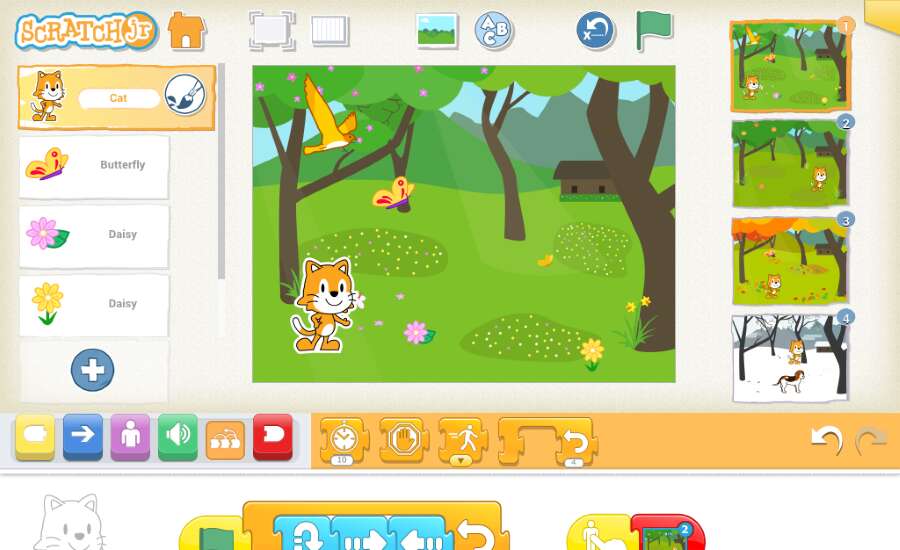 Thanks to the success of Scratch, MIT developed a simpler program so even the youngest of kiddos could learn to code. Scratch Jr uses the same visual programming language like Scratch, only there are fewer blocks to choose from. And, instead of text, these blocks are distinguished by cute icons, which means even toddlers who can’t read can use it! Though very simple games can be built, Scratch Jr is best used to tell stories. Children can choose from dozens of characters or draw their own and then snap different coding blocks together that will control how their characters move, speak and look.

Take the Programming Class or Camp: Kids will be able to create their own story or game while building confidence in their computer skills in our Scratch Jr class. 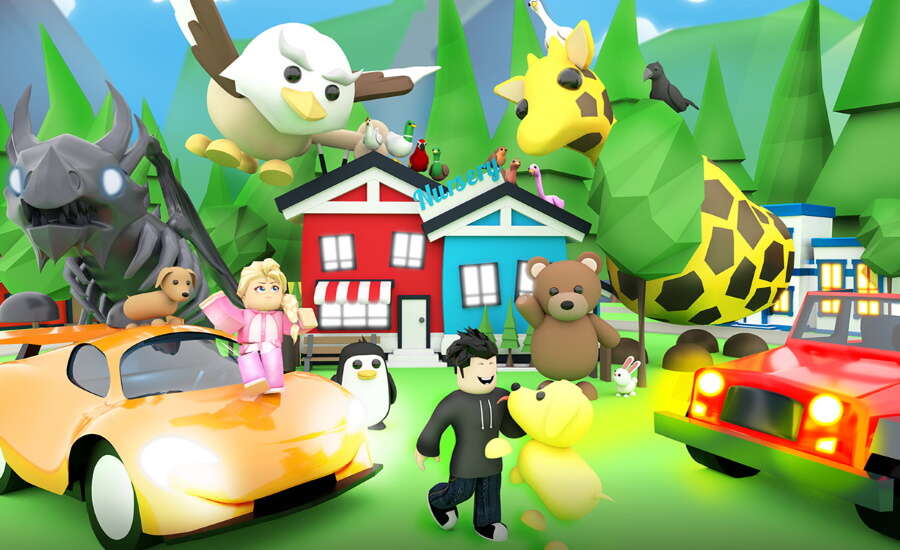 Roblox Studios is one of the most popular game development platforms kids use to learn code. It also happens to teach a language that is actually used by professional programmers to create games. We love Roblox because almost every kid has played it and therefore has a rough idea as to how the program is meant to work. Even though Lua (the language used in Roblox) is a lot more difficult to learn than visual programming languages, Roblox is still accessible to young children thanks to the in-built tools which allow kids to make simple games without code. As they progress, kids will be able to augment their games with the coding they learn until, eventually, they will be able to code an entire game without needing to use tools.

Take the Virtual Coding Class or Camp: We run two classes for different age groups. Our Roblox Build class teaches 6-8 year olds how to use Roblox studios, with a special focus on creating games with tools. Our Roblox Code class for 9-11 year olds focuses more on becoming fluent in Lua and adding more complex features to games. 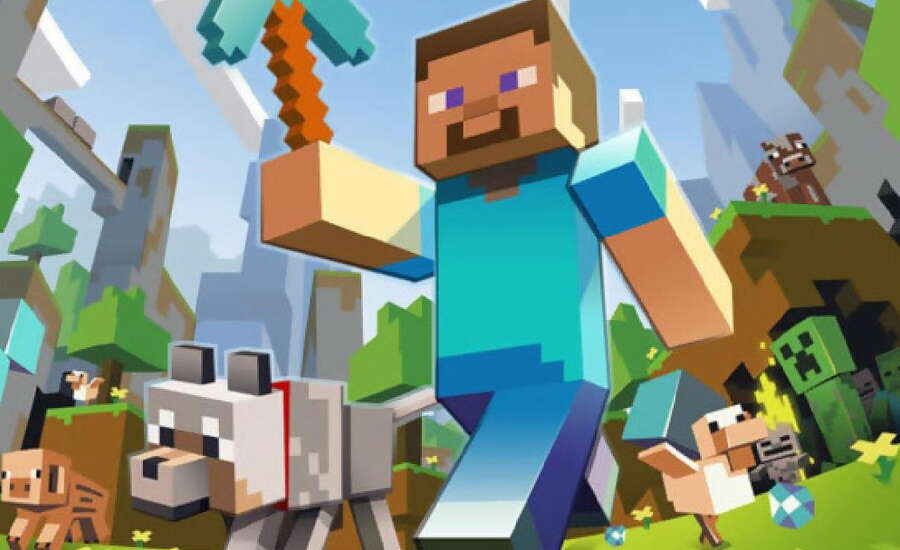 Out of all the games that kids can learn how to code, Minecraft is by far the most difficult. Due to the fact that it uses Java, an advanced typed language, the learning curve even for intermediate coders is quite steep. And, unlike Roblox, there are no helpful tools. In fact, there isn’t even an official platform for programmers to write code. But kids love this game so much that they don’t mind the challenge!

Kids who learn Java will be able to create mods (short for modifications) to use in Minecraft. In non-gaming terms, kids will basically hack the game. They can rewrite the rule book that once restricted their play and make the game even better by adding new objects and features. Beginners could make a unique outfit for their character, while examples of more advanced projects include things like a mega-diamond ore. As long as they can dream it, they can code it!