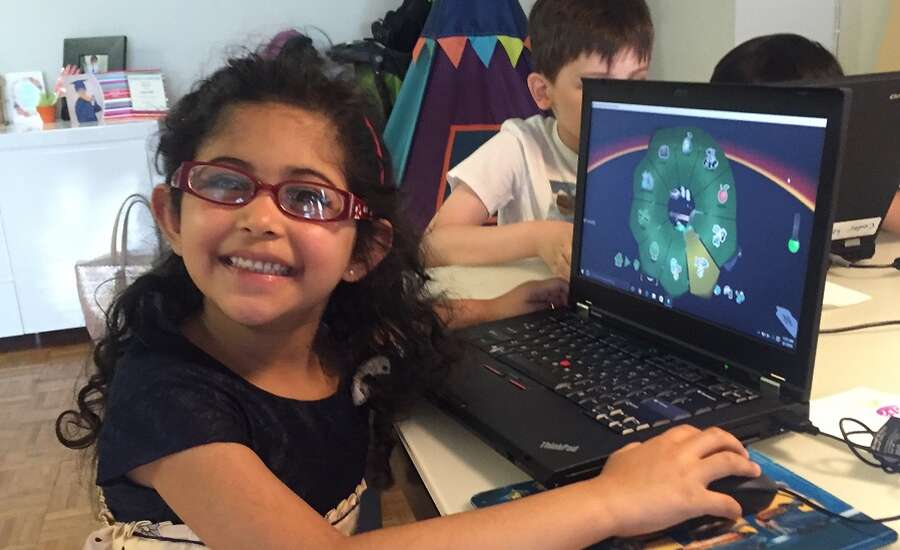 How can I get my daughter into coding or STEM?

We’ve all seen the movies: the genius scientist saves the day, helped superficially by his female assistant/love interest. In fact, male characters make up over 80% of all scientists seen on the silver screen. Yet the gender imbalance in STEM is not a work of fiction, but is a serious issue in real life; traditionally, careers in technical fields are seen as a male domain, and women are considered a better fit for people-centred roles.

Recent statistics illustrate the scale of the problem. In middle school, 74% of girls express an interest in STEM subjects, yet only 0.4% of high school girls choose a computer science college major. Women comprise only 18% of students in computer science bachelor’s programmes, and less than 25% of people working in STEM careers. And as the STEM gender imbalance is an intersectional issue, girls belonging to ethnic minorities or lower social classes are even less likely to participate. It is crucial to deal with the underlying inclusivity issues which push girls out of STEM subjects at a young age, especially as the US tech industry is expanding faster than any other sector. So, what are some ways to get girls into coding, and how can you encourage your daughter’s interest in STEM? 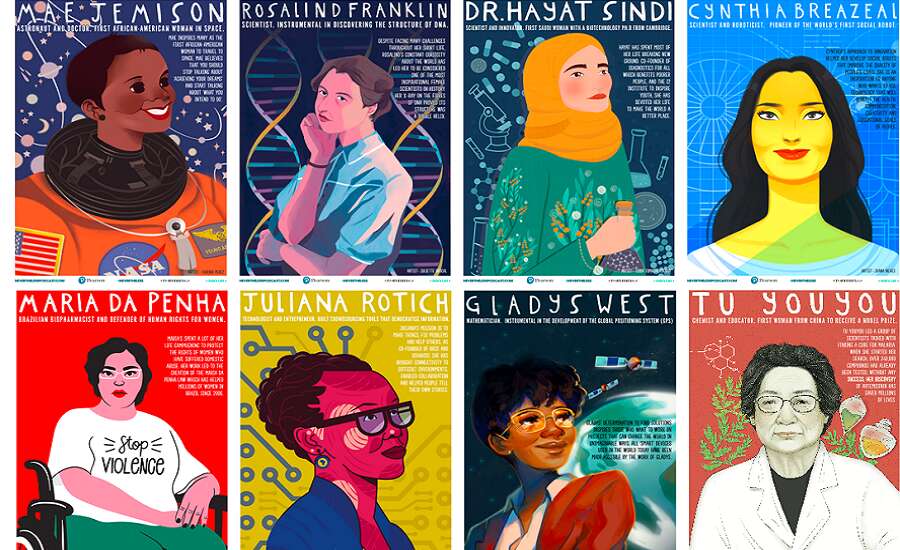 Even science class at school cements the narrative that STEM is a man’s world. If we think about the most ground-breaking inventors or trailblazing scientists, almost exclusively men come to mind. To combat this and get girls into coding and STEM, they need role models. A great way to introduce this is through films, TV shows, or even Ted Talks which show inspirational women in STEM. 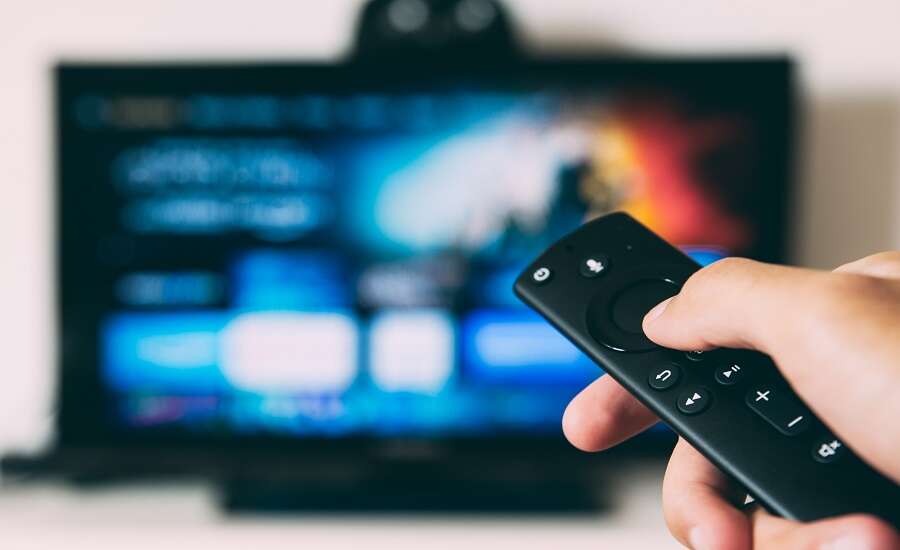 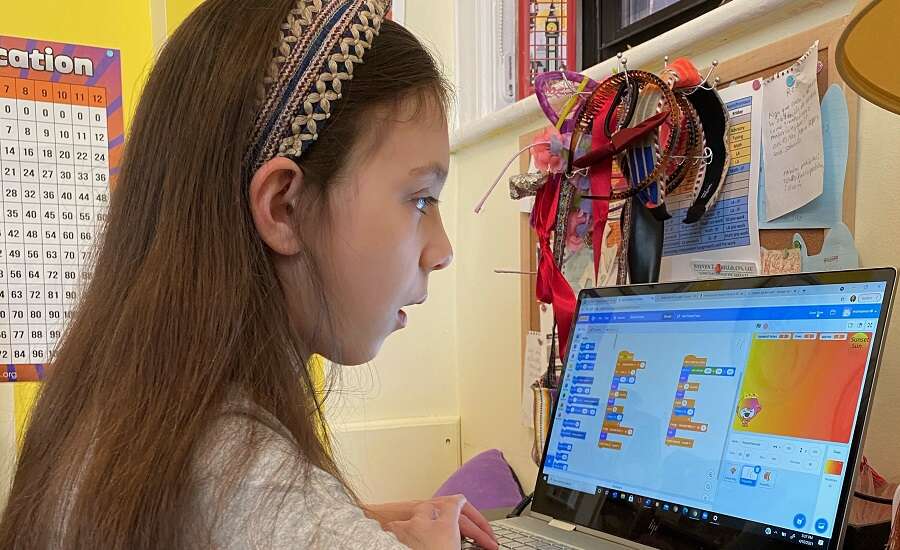 When gender roles are enforced at home, this can imply to young girls that certain jobs are for dads and brothers only. Next time a STEM-related task needs to be done at home – putting up shelves, tinkering with the car, troubleshooting the Wi-Fi or computer, involve your daughter. Normalise the idea that girls, too, can take part in technical activities, and encourage their interest from an early age.

Inspire their interests with coding

As we know, there are a vast range of kid-friendly projects which involve computer programming – from app design for teenagers, to game development for kindergartners. An effective way to get girls coding is to choose a language or platform which suits their age, abilities, and interests.

Younger girls should start with a Visual Programming Language (VPL), otherwise known as block-based coding. With VPLs, kids learn the main concepts of programming by experimenting with sequences of drag-and-drop blocks; the underlying code is written as the blocks are combined. VPL platforms are highly interactive and generally involve puzzles and games. No typing ability is necessary, which is great for younger girls!

If your daughter loves playing games, then she’s in luck – her passion can be combined with education! Three great gaming platforms to get girls into coding are Kodu, Roblox, and Minecraft. Kodu is a VPL video game development platform, where girls can build and customise a 3D game world by learning WHEN/DO commands. With Roblox, your daughter can download and play over 50 million games developed by other users, or create her own with the Lua programming language. Even Minecraft – one of the world’s most popular games – can be educational. Girls can modify the game by learning Java to edit Minecraft’s source code, and design endless game worlds.

If your daughter has an imaginative streak, then Scratch is the ideal coding language for her. It is one of the world’s most popular VPLs and offers unlimited opportunities for creativity – projects can include interactive stories, animations, art, games or music. She can design and upload her own audio and visual files, and share her creations with friends, family, or Scratch’s huge online community. Even younger girls can get into coding with the simplified version, ScratchJr.

Discovering what lies behind her favourite apps and websites may well spark your daughter’s curiosity to learn computer programming! Text-based languages are more complex, but are a steppingstone to an enviable programming career – there’s no better time to get into coding!

The backend of Instagram and Spotify is powered by Java, one of the most widely used languages on the planet. Your daughter can develop her own apps whilst getting to grips with this professional-level language. Alternatively, she could learn the front-end languages of the web – JavaScript, HTML and CSS – and follow in the footsteps of developers at Uber, Netflix, and Google. As she learns, your daughter can create fully customised interactive websites! 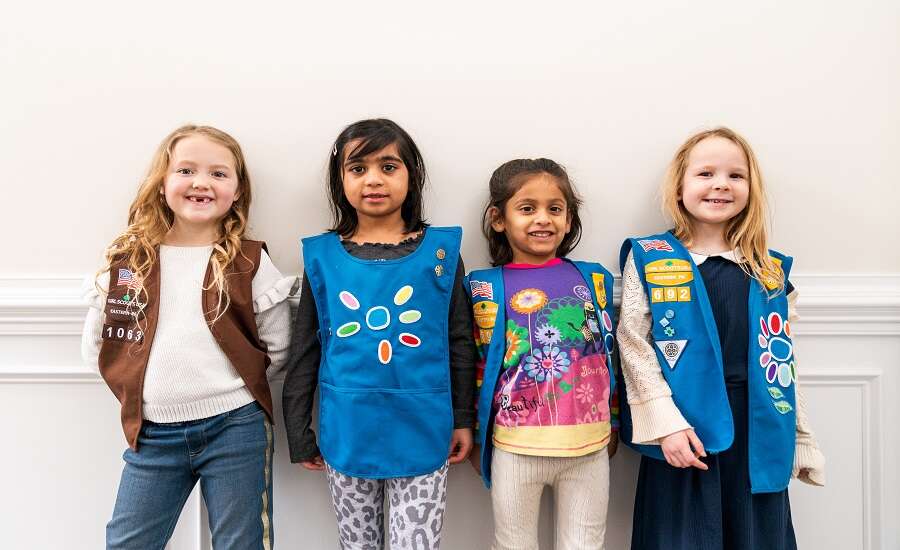 Numerous studies have shown that in mixed-sex classes, boys often dominate the learning environment and girls stay quiet for lack of confidence, or fear of making mistakes or appearing ‘too clever’. And in STEM subjects with a disproportionate number of male students, this pattern can be even more obvious. If your daughter is more reserved, then maybe she would flourish in a girls-only coding class. You can join forces with other parents to make this happen, and get all your girls into coding – for example, by setting up an extracurricular coding learning pod with a select group of friends and siblings.